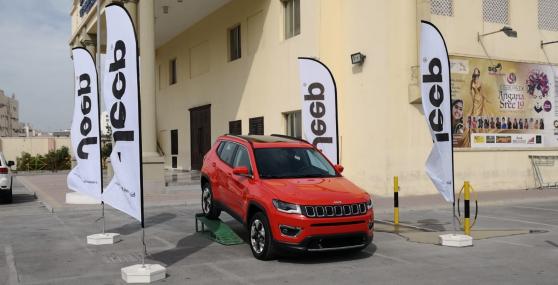 The tournament was held from 14-19 January 2019 at BKS Diamond Jubilee Hall.

The tournament has the following levels: 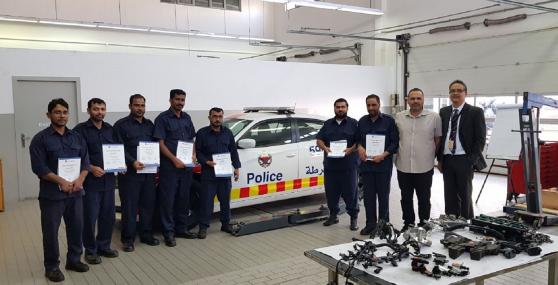 The Transport Directorate manages the service & maintenance of the Dodge Chargers Police cars employed by the Traffic Police.

Mr. Jamal Alhumood, Training Head, Transport Directorate joined the training and provided support as a translator for the Arabic speaking participants. Mr. Alhumood and the participants expressed their satisfaction and gratitude to Behbehani Brothers for the provided training. 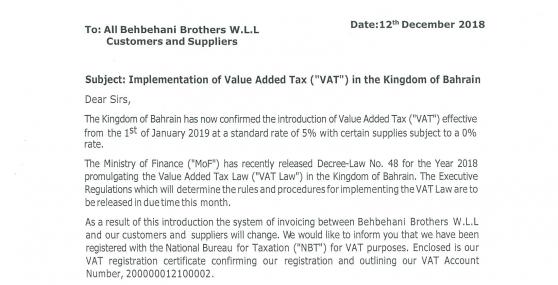 Implementation of Value Added Tax ("VAT") in the Kingdom of Bahrain

The Kingdom of Bahrain has now confirmed the introduction of Value Added Tax ("VAT") effective from the 1st of January 2019 at a standard rate of 5% with certain supplies subject to a 0% rate.

The Ministry of Finance ("MoF") has recently released Decree-Law No. 48 for the Year 2018 promulgating the Value Added Tax Law ("VAT Law") in the Kingdom of Bahrain. The Executive Regulations which will determine the rules and procedures for implementing the VAT Law are to be released in due time this month. 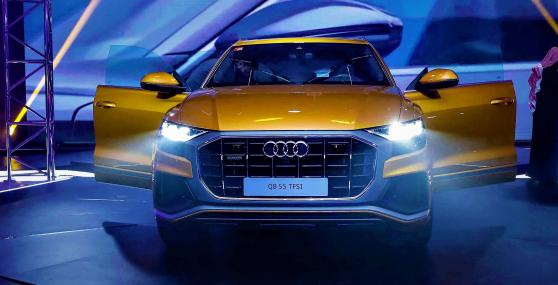 Audi Centre Bahrain sent out invites to attend their event without fully disclosing the activities and the location, which created a huge excitement amongst the guests. The location was confirmed 24 hours prior to the event and was attended by the directors of the Behbehani Group as well as senior officials from Audi Middle East, headed by Mr. Carsten Bender – Audi Brand Director for the region and Mr. Sebastien Auguin – Marketing Director for Audi Middle East.
“Bahrain has gone Audi” took place on the 5th of December from 7pm to 9pm in the Behbehani Groups newly acquired building in Sitra and opened with a historic journey through Audi’s history, taking the audience from the past and to the present range of Audi vehicles and showcased the latest models including the RS 3 sedan, TT RS coupé, RS 5 coupé, R8 RWS coupé and the customer racing RS 3 LMS.
Audi Centre then surprised the audience with the spectacular launch of Audi’s new generation of 2019 models, beginning with the all-new 2019 model A6 sedan which sets the bar for the executive class, followed by the new Audi A7 Sportback, which represents the sporty face of Audi in the luxury class and culminated in the introduction of the all-new Audi Q8, which combines the elegance of a four-door luxury coupe and the convenient versatility of a large SUV.
To end an eventful evening, Audi Centre Bahrain then gave the audience a surprise introduction to the future of electric mobility by presenting the Audi-Schaeffler Formula E e-tron FE05 race car, for the first time in the region.  Guests were also invited to participate in a social media competition, which gave the winners tickets to the inaugural Formula E race being held in Riyadh, KSA on the 15th of December.
Geetan Jessen, General Manager for Audi Centre Bahrain commented “This was the biggest event that we have undertaken and was one of the biggest presentations of vehicles in the Kingdom. We were delighted with the response and the enthusiasm of the guests who attended”
25-12-2018 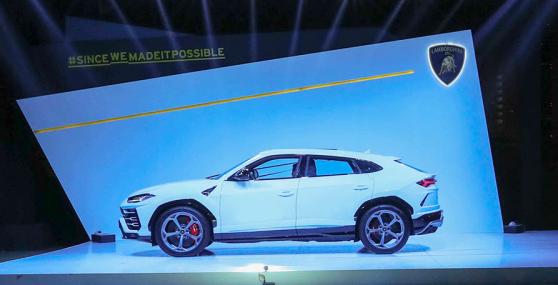 The Lamborghini Urus has been unveiled by Behbehani Brothers at Ritz Carlton on the 11th December 2018.
Lamborghini Urus, the first Super Sport Utility Vehicle, and creates a new niche in the luxury segment with benchmarking power, performance and driving dynamics, unparalleled design, luxury and daily usability.
The Urus features a 4.0 liter V8 twin-turbo engine delivering 650 hp (478 kW) at 6,000 rpm, maximum 6,800 rpm, and 850 Nm of maximum torque already at 2,250 rpm. With 162.7 hp/l the Urus claims one of the highest specific power outputs in its class and the best weight-to-power ratio at 3,38 kg/hp.
The Urus accelerates from 0-100 km/h in 3.6 seconds, 0-200 km/h in 12,8 seconds and with a top speed of 305 km/h it is the fastest SUV available.
Behbehani Brothers is the official representing partner for Lamborghini in Bahrain.
Visit our Seef showroom or call 17459800 to know more.
11-12-2018